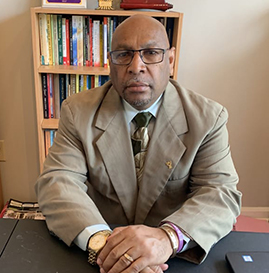 Eddie Fisher was baptized into Christ in 1977 and began preaching in 1980. He has worked with a number of congregations preaching and conducting Campaigns. He migrated to England he became a member of the Tooting congregation where he was a part of the leadership. While there he worked with a number of congregations conducting lectureships and seminars. He was also a presenter for the radio program Let the Bible Speak. A die hearted camper he was a counselor for British Bible Camp. Since migrating to the US bro Fisher now serves as a deacon for the Warner Robins congregation in Georgia. A graduate of KC and avid camper Eddie holds the record for having attended every camp since 1977 until his migration overseas.